A Castle in Kansas?

No, It's not the same type of castle like you see in Europe or in midieval times, but we do have a local landmark that does seem to have at least some characteristics of a castle.
At least it is called a castle. There is no moat. As far as I know it has never had to be defended in any type of siege. It is largely made out of stone. Some of the stones were shipped here from Missouri in the 1800's, no small feat for the time. 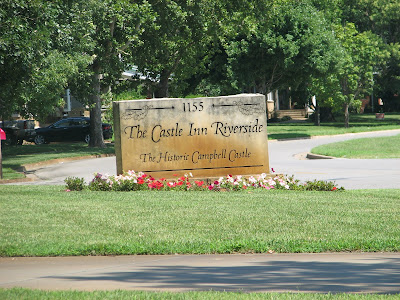 It is now an inn located just north of downtown along the Arkansas river.
There is a tower. There are also lots of chimneys. The rooms are more expensive than a lot of hotels, but not really outrageous. It was built in an era when somebody apparently wanted to show off how much money he had and what he could do with it. There is nothing else like it in the area. 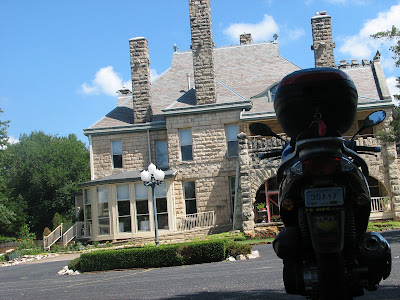 Max in the shade, the castle in the sun.

A view from the front along the river's edge gives it more of a unique perspective.

The tower on the right is essentially a circular staircase. We have toured the place, but it was a long time ago. It was a little run down at the time. There were a few structural problems, and the owner had little extra money to fix it up. 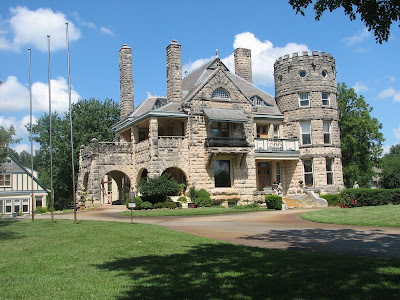 Looking from the front at the main entrance.

A new owner purchased it a few years ago and has done extensive work to restore it. It's quite possibly a tax writeoff, but a neat one at that. The couple that now own it live in a small apartment in an adjacent building. They manage the inn themselves. They host weddings, receptions and other events in addition to renting rooms for a night or two. 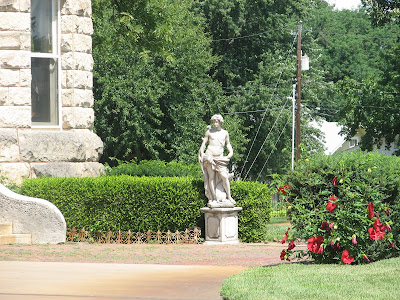 A statue near the front entrance. 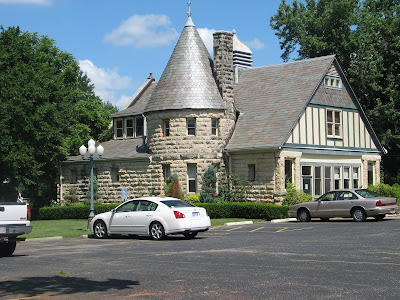 On the other side of the river is Oak Park. There is a very nice little frisbee golf course there. I wanted to get a picture of the "castle from the other side of the river and encountered a few "golfers" along the way. Some people really get into that sport. It was a nice day with little wind and I can imagine the conditions would have been sublime for frisbee golf. 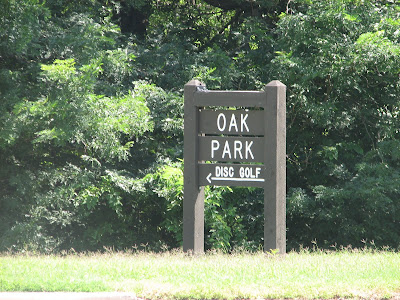 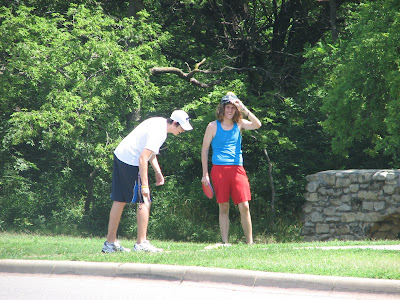 These guys looked a little perplexed, maybe their last shot went awry.
The river was up a bit due to recent rains. But there is a nice view of the inn from Oak Park. 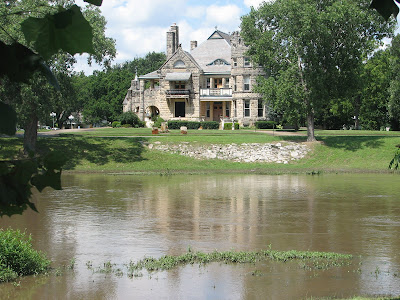