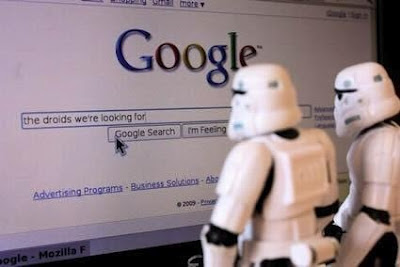 It's a good thing that I wore less dressy pants today. The cargo pants will go well with my boots today.

They'll have to. I left the shoe bag on the kitchen counter when I left home this morning.

Today I get to ride a few extra miles. I have an eye doctor appointment this afternoon on the west side of town. I may not even go back to the office afterward. 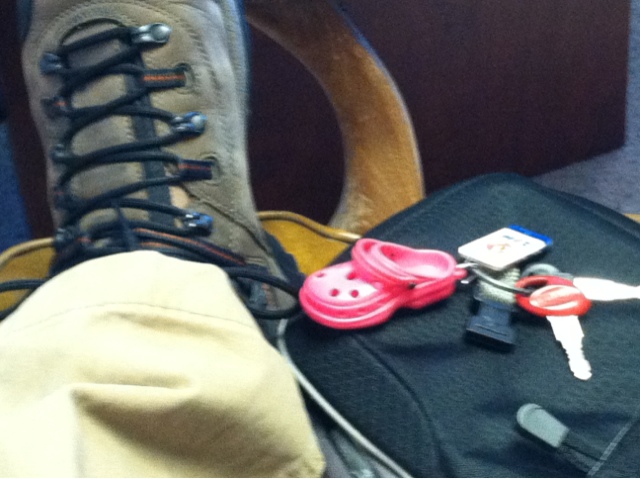 I've been known to leave Max's keys in the ignition switch on Max overnight while he sits in the garage.

I guess you could accuse me of being absent minded sometimes. Or maybe I am just sleepy first thing in the morning. Or maybe I am just getting to that age where memories are harder to come by or retain. Or maybe it is because of all the lab rat drugs I now take. Lots of potential excuses.

This morning, though, I found myself wondering what the heck I did with my little bag that I have been using to transport my shoes to and from work when I am riding. 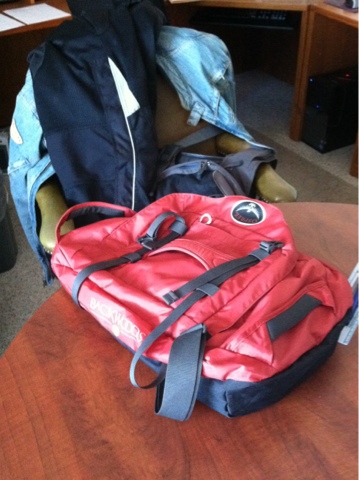 For a long time, in my hardcore commuting days,  I used to leave my dress shoes at the office all the time. That way I could take off my boots when I get to work and just slip on the dress shoes. Since I have started riding again, I have just been taking the shoes in a bag each day.

This morning as I was getting my gear on for the ride to work I realized that my shoe bag wasn't where it normally was. Was I worried? No!

I just thought I probably left it on the purse hook on the scooter overnight in the garage. After all, what harm is there in that?

Well, space cadet me, (sleepyhead) , I didn't realize until I was parking the scooter at the office that the silly bag wasn't on the purse hook. Was I worried? No!

I just thought that it would be okay to wear the boots all day long. Maybe not quite the fashion statement, but who cares.

So then I walk into the office, and there on my table is my bag that I had never even taken home the night before. Was I worried? No! (Well, yes, maybe a little.) (Maybe I am "losing it"?)

By the way, I am aiming to ride to work every day this week. Will be the first time in well over a year. The weather forecast is fantastic for the week. I'm not like Keith, I hate riding in the rain. (It's not the rain that bugs me, so much as the lightning.)

Two days of commuting are down, three to go.