Philosophy and the Cold Morning Wave

Weatherbug says it was 32 degrees farenheit.

Then, the Weatherbug said it "felt like" 32 degrees farenheit.  (obviously no wind chill)

But you and I know that on 2 wheels at 30 mph, even if it says it's 32 degrees farenheit, it will not feel like that when in motion. It feels much, much colder!

I was about 2 miles on my way (part of a 5 mile commute) and riding in fairly heavy traffic this morning. The sun was very low in the sky behind me as I traveled west. As I rode, I noticed up ahead, a few blocks away, another person on a motorcycle, turning east onto the street. Knowing we would pass each other, I identified an opportunity for a wave.

So I did my usual, left arm extended out just a bit, index finger slightly pointed to acknowledge the other rider. It was quick, just a couple of seconds, traffic was busy, other things to keep an eye on.

He responded with an almost identical quick wave (hardly a wave, just like me, a slight extension of the arm).

Whole incident, probably no longer than 2 or 3 seconds in length.

So, why was that brief little encounter meaningful?

Was it because it was cold outside, and we recognized each other to be adventuresome and hearty souls of some sort?

Was it because we both saw each other as crazies?

Was it because there was some sort of "connection" with each other in the vast realm of the cosmic universe?

All I know was that it was nice. I liked it. I have always liked the wave. Not everybody does it, but many do, and I just like it. It's fun!

I'm excited for this week. The weather looks fantastic for the rest of the week. Highs in the 70's later on this week. Lows in the 40's.

The Joy of Two Wheeled Travel

I can never say that the ride home from work in a cage is "fantastic".

But I sure can say that when riding Max!

Temperature in the low 60's (F). Almost no wind. Sunny skies! I was almost overdressed, but I didn't care.

Did I say the ride home was fantastic?!

Something a Little Different

Don't think I'd want one,

but sure is unique and interesting.

Been a little difficult to ride this week. Over 20 inches of snow in 2 storms about 5 days apart. Unusual for us.

The possibility of riding looks much better next week.

Ride On and Carpe Diem My Friends! 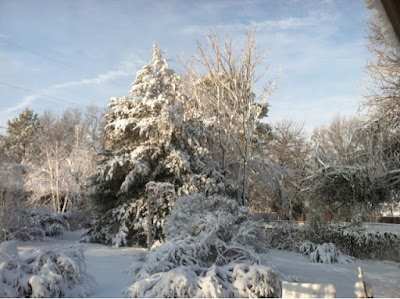