Future Potential Son In Law
He hasn't come begging me for my daughter's hand in marriage yet. But I overheard my daughter introduce him to somebody as her fiance. And well, they are living together. What are you going to do?
We were listening to "Click and Clack" the other day, you know, the car repair radio show on NPR. They played a song and some of the lyrics went like this:
I love you Honey!
I love your money!
But I really love your automobile!
It was a real catchy tune. As mom and I were listening to this song we wondered if part of the reason my daughter liked FPSIL so much was because of his car. At the starting line! 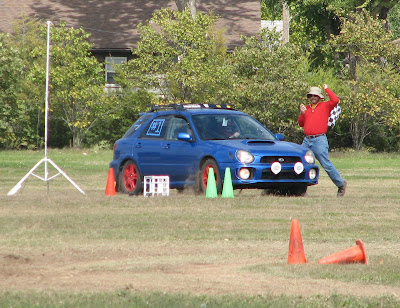 His car is a Subaru WRX. It is quite the vehicle and he has modified it a little bit so it will really scoot along. (Pun Intended) He originally bought the car from a guy in Kansas City with about 60,000 miles on it and it had recently had the timing belt replaced according to the seller. Looked like a great deal, but a couple of months after the purchase, you guessed it, the timing belt broke, most of the valves in the engine were bent and the engine was destroyed. Turned out the guy in KC had used a timing belt he bought from E-Bay, some off brand that was not a genuine Subaru belt. FPSIL was pissed, I would have been too. Undaunted, FPSIL, located another engine from a wrecked car somewhere in the boonies of Oklahoma, and he and some friends installed it an he was up and running again. Got to give him credit for his determination. Now you all have seen that my photography isn't the greatest compared to many of my blogger friends. One thing I have trouble with on a digital camera is the delay when you press the shutter. I am getting better hopefully, but on this day I got shots of the action in two different pictures. The back half of the car, lots of dust! 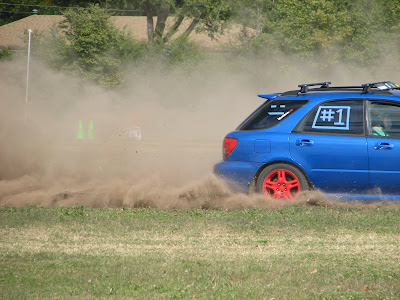 I told him that he was just going way too fast for my feeble abilities as a photographer!

The front half of the car 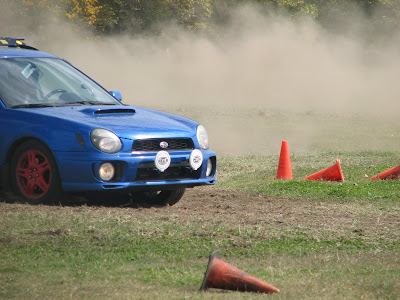 One of their hobbies is to attend auto rallies and even participate in them. Mom and I attended one recently in Hutchinson, Kansas and took some pictures and generally reveled in the atmosphere of people driving the hell out of their cars.

How about those red wheels! 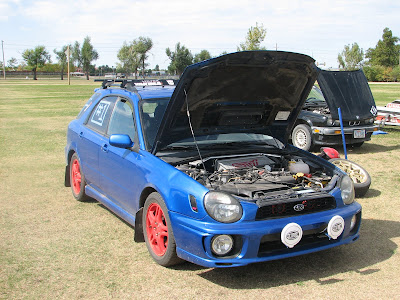 At this rally they set up some cones and created a course for the cars to maneuver through. It was located on a large vacant lot, mostly dirt and grass. Each trip through the course takes 90 to 105 seconds and each car is timed through the course. There are time penalties for missing parts of the course and for hitting cones. 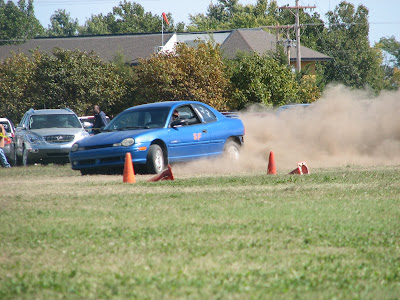 FPSIL hit a few cones and didn't win, but said that it was just so much fun to spin wheels, churn up dust and generally have a good time doing it.

Drivers and passengers, If any, are required to wear helmets. My daughter rode with him at least once. Each driver gets to attempt the course 5 times. Safety is emphasized.

A Turbo Subaru Forester. I believe that Jack (Toad)Riepe's main squeeze, Leslie, has a car like this. This is a really nice car. 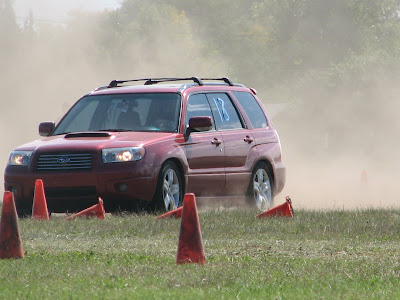 There was an amazing collection of cars. One big Chevy pickup, a Volkswagon Golf, a rather large Mercury sedan, a Ford Edge, and many others. There were a number of Subarus. AWD is a plus at these events.

Some of the drivers were complaining that the pickup truck really dug up ruts in some of the corners. Maybe so. Another Subaru WRX 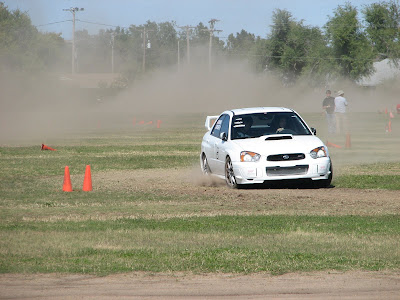 Later on we spied a Ford Escort going around the course. In one turn he ended up like this!

Was it the Ruts from the pickup? Can we get a ruling on that one? 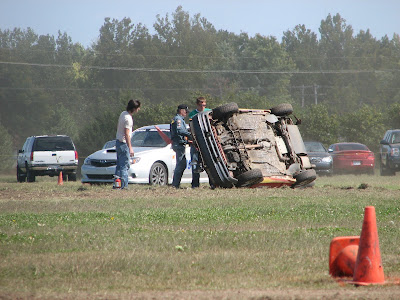 Nobody hurt! The driver climbed out the driver's window. Didn't see how the passenger got out, but he was fine too. It was sort of surreal watching him tip up on the side, like it was happening in slow motion. Lots of testosterone studying the situation out there on the course!

Finally it was apparently decided to execute the big Heave Ho! 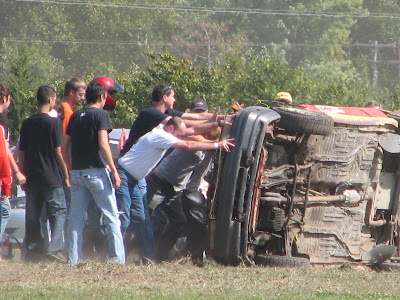 One slightly damaged Ford Escort being towed off the course. 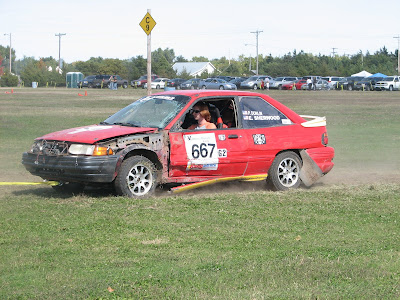 At the side of the course, checking out the damage.
Does that guy look a little bit like that Carrot Top Guy? 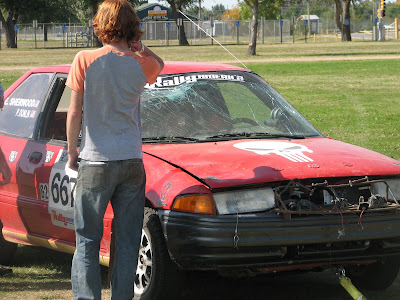 Inside the Ford Escort. Note the roll cage, and how about that gnarly gear shift knob! 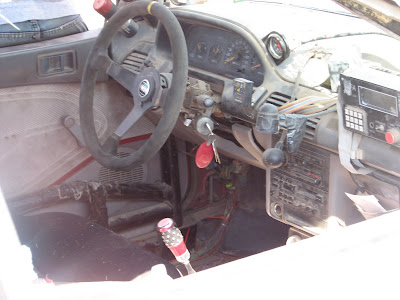 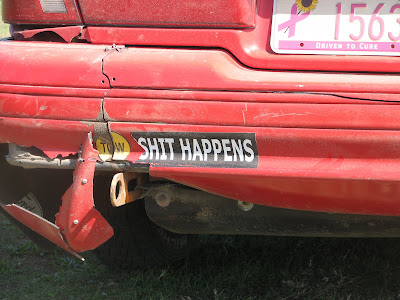