Gettin' Out of Town

I just really needed to get out of the city. Max and I had mostly just been commuting to and from work for the past 3 months. All in town, and all at city speeds. It was time to see the country. Blow out a few cobwebs for both Max and me. 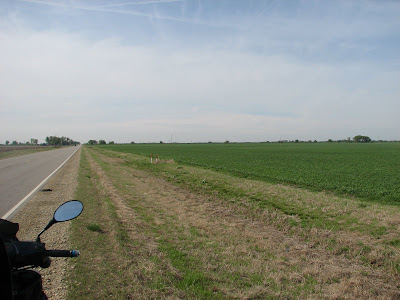 This field was startlingly green even if the plants were very small.

There was no plan for the ride, other than gettin' out of town.

This city/community even has a slogan. 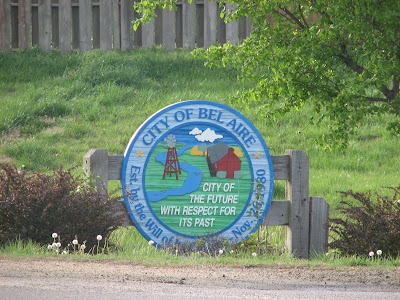 Bel Aire is definately a bedroom community. No downtown area, mostly housing developments. The dog at this house was letting me know that I was "invading his territory". 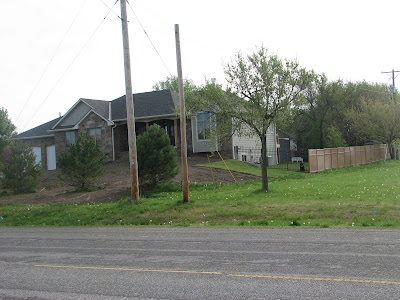 Up the road a little further is another city/community, also with a slogan. 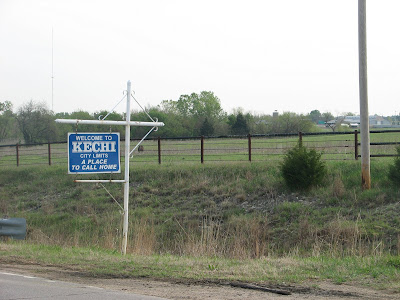 Kechi is known for its antique shops. My camera batteries crapped out on me soon after the next shot, so ended up with no pictures of antiques today. Guess I wasn't prepared that well. Buying batteries would happen in the next town.
But today I encountered these beasts that didn't seem to care about Max and I stopping to take their picture. 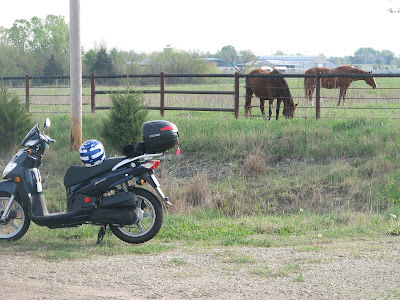 From the sublime to the ridiculous? Another horse in the next town, Park City. 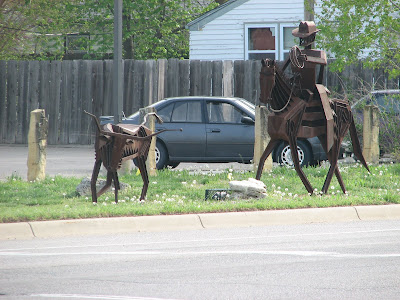 Park City, in my mind is sort of like a big truck stop. Fast food abounds. Good place to get batteries.
A Harley rider stopped here for breakfast. 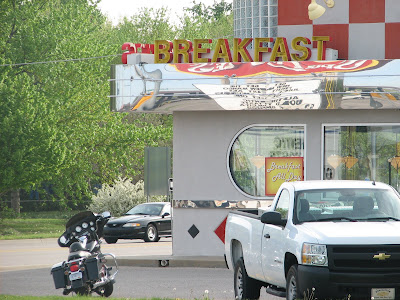 . There is a dog track here that closed a couple of years ago. The owner says that if the State Legislature would let him have slot machines, then he would open up the track again. I'm not holding my breath. For now, the track is looking a bit tired. 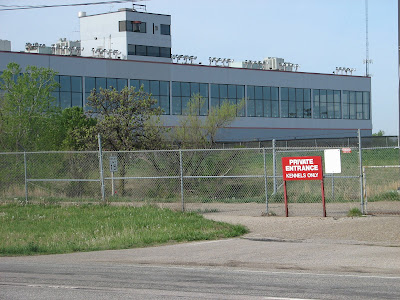 A little further away from Wichita is a town called Valley Center. More of a real city. They have their own school system, railroads, grain elevators, a downtown and other definitive attributes. 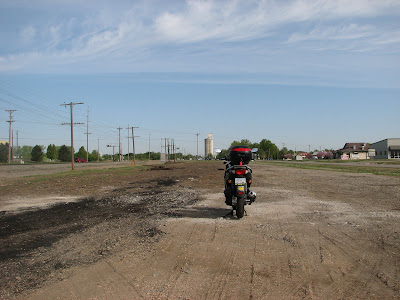 Railroads were important to these small towns over the years as farmers brought their grains to town to be loaded onto a train. 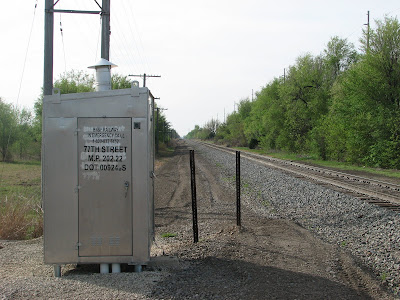 Then the grain elevator. 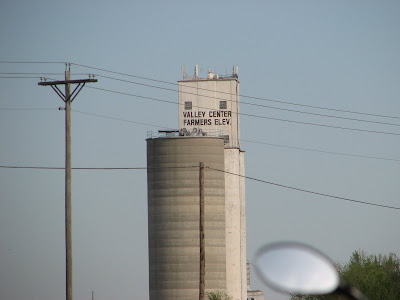 And a decorated water tower. Home of the Hornets. 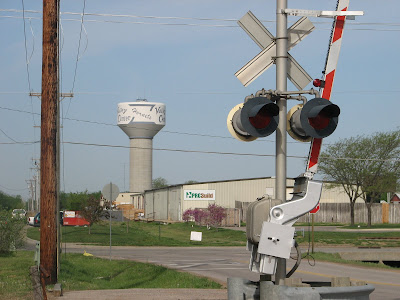 Max and I ride a little more out on the open road. 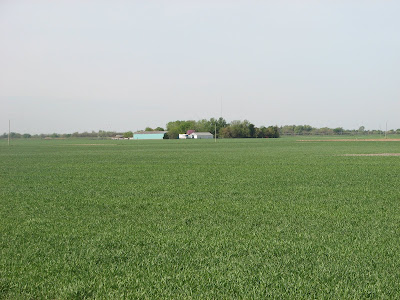 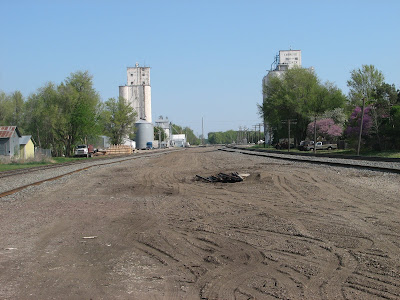 The town of Sedgwick lies in Harvey County. Wichita is in Sedgwick County. Go figure! 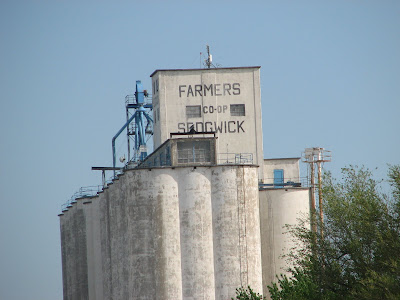 More beautiful country as we rode. 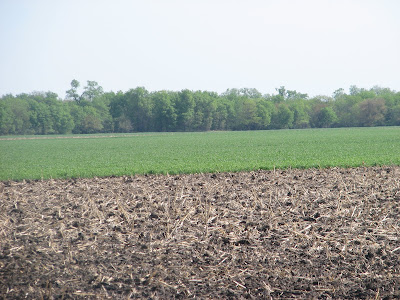 Then I passed by this coffee house on the way home and couldn't resist stopping to take a pic.
I personally have decided to lay off coffee for a week or so. I drank too much over the last 3 months and I now wonder what my system is like without being wired a bit. 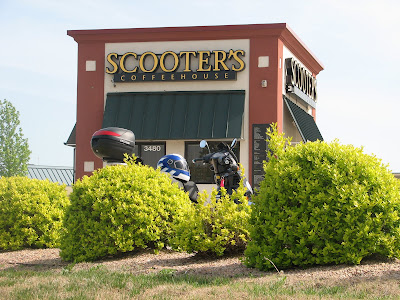