Faces of Children at Christmas

OK, so I can be a bit sentimental. And this post is not really about scooters or motorcycles, although I rode to this event and it was the first day I was able to ride for almost two weeks. It turned out to be a great day. First, because I was able to ride. Second, because I was able to get some great pictures of some very wonderful children. I just couldn't resist posting some of these photos. But there were at least some sort of scooters at the facility where these pictures were taken. The civic club I belong to raised some money to help pay for some Christmas presents for some kids at a local Pre-School. Many of the kids come from homes that you might say are a bit dis-advantaged.

They held a Christmas party on December 17th for the kids and yes, Santa was to be in attendance.

The excitement grew in the room as Santa made his way down the hallway to the room where the presents were to be given out. 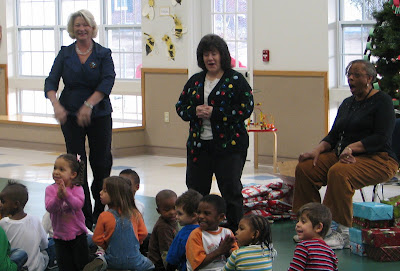 And then Santa was finally there and opened up his pack of goodies. 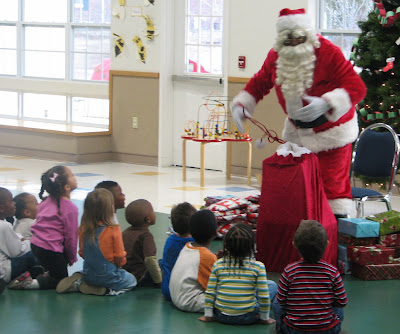 It is the expressions on the kids faces that got to me. 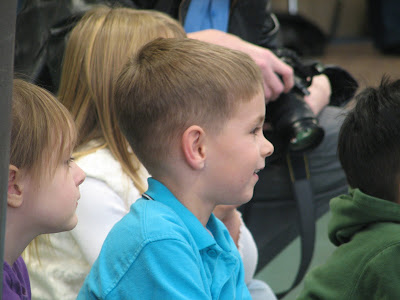 This little girl was very shy, but just look at the grin on her face. 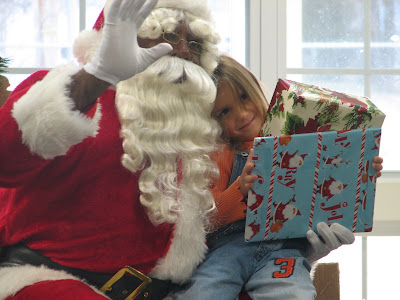 Each class was brought in separately to see Santa. They would line up at the side of the room while the class before them was finishing up with Santa. I heard on a couple of occasions that they needed to be very good while standing in line, because Santa was there, and he still had the ability to work on his list of good children. 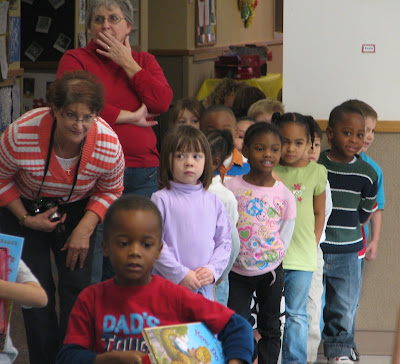 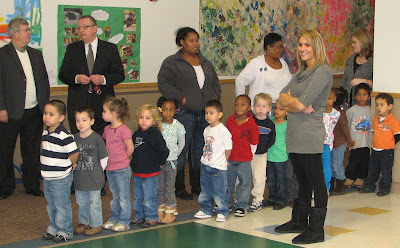 Once they got in the room, they wouild all sit down in front of Santa and wait for their names to be called. 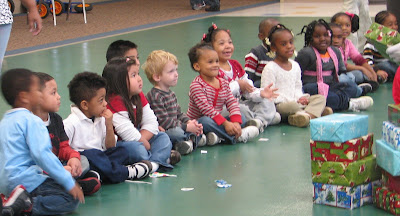 This class had a rather loud round of applause for Santa. 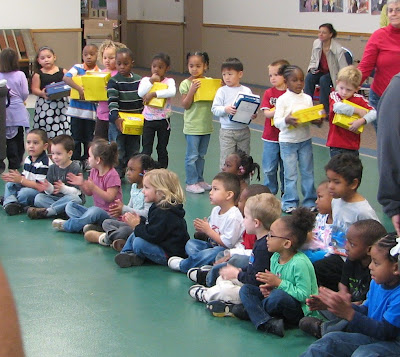 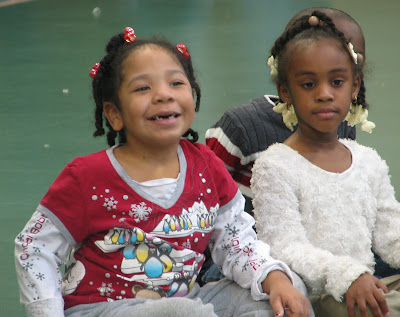 Everybody got a gift. The smiles were very contageous. 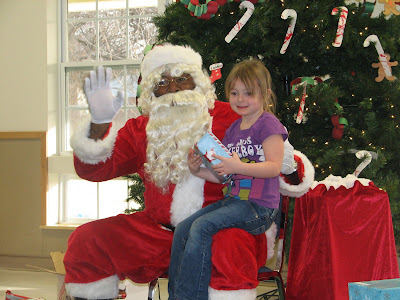 The gifts varied to each class, but partially consisted of shoes, backpacks, books, hats and mittens. 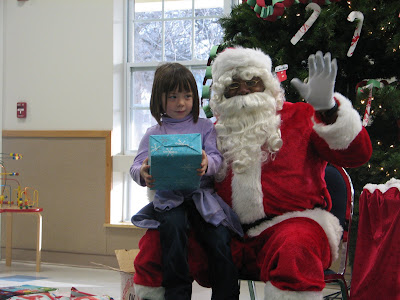 The Santa was very funny. The kids liked him immediately. 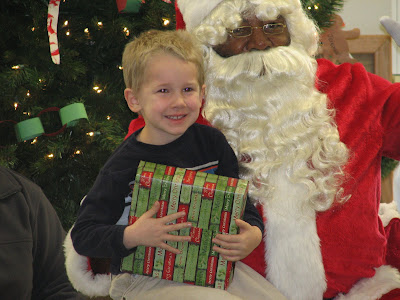 As soon as everybody got their presents, the unwrapping would commence. 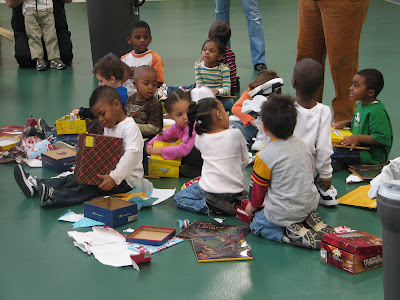 This little guy was very happy. 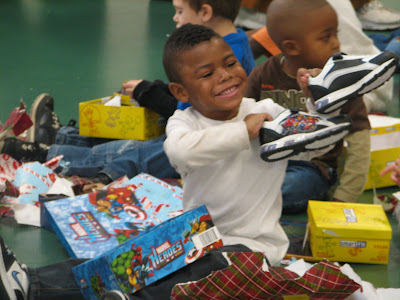 A few times they couldn't wait to start unwrapping. 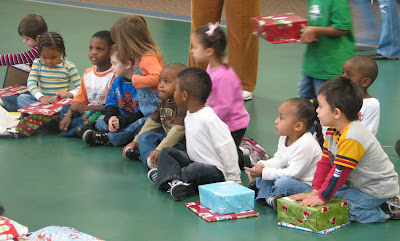 I love the smile on this girl's face. I wonder if the little boy was wondering if he was on the "good" list. He most definately was! 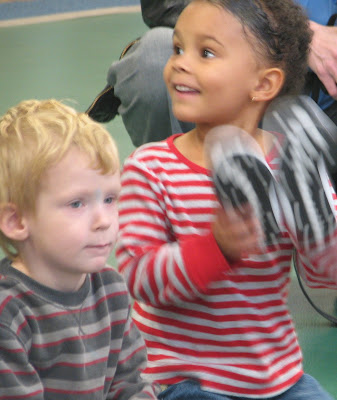 This very cute little girl was keeping a firm hand on her new shoes. She was very proud of them. The employees of the local "Old Chicago" restaurants held a fund raiser to be able to buy the shoes. 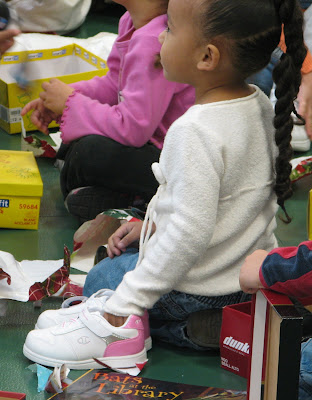 And finally, I think this is my favorite photo. It was hard to decide, but I think I liked the little bit different expressions each of them had on their faces as they looked at Santa. 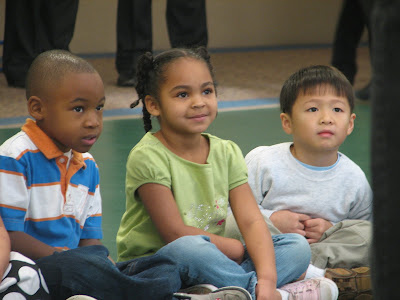