We have had some interesting weather here in Kansas recently. Of course it's the time of year for spring storms. I am always amazed at the power of nature and what it can do. There is much beauty in a spring thunderstorm on the plains. At times though they can be quite scary. Not even going to mention the possibility of tornadoes.

A few nights ago we had 3 storms go through the area. One about 6:00 pm, another around 9:00 pm and finally another about 11:30 pm. Each storm lasted for an hour or so. All had high winds, torrential rain, and some small hail. We ended up with 4 inches of rain here. Not a time that you would want to be out on a motorcycle or scooter. 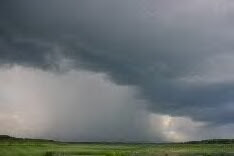 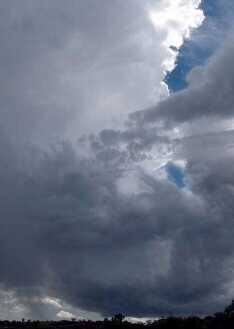 I ride everyday I can to work. Its not that I have to ride, its because I want to ride. I enjoy it so much that I get grouchy when I don't get to ride to work. Rain does not bother me much. You have to be more careful, but with proper gear, I haven't found it to be a huge problem. 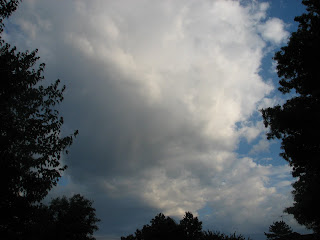 Over the course of the last winter, there were some days that I did not ride because of snow or ice. On those days I either rode with my wife in our car or I took the city bus. The temperature did not affect the decision to ride. The coldest day I rode was about 12 degrees. But I decided early on that snow and ice were not to be messed with. 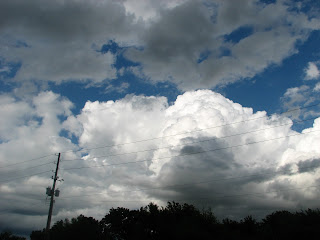 There were some days that the decision to ride was difficult to make because of the uncertainty in the weather forecast. For instance, would you ride If there was a 30% chance of snow? A 10% chance? A 50% chance? Where do you draw the line? There are those days that the forecast looks good for snow, and then it doesn't do anything. Then there are the days that the weather looks great for riding, and then it snows or drizzles all day long. I know, winter seems like a long time ago. 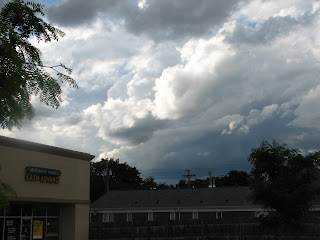 A few nights ago, one storm just sort of parked itself over the Winfield, Kansas area, about 40 miles southeast of Wichita. Most storms pass through in an hour or so in an easternly direction. This one decided not to go anywhere for about 5 hours. Rained like cats and dogs the entire time. Lots of hail and some tornado warnings. Wasn't a huge storm, but did some damage with the high winds (80-90 mph).

As spring approached, the concern shifted from cold weather conditions to avoid to another type of weather to avoid: 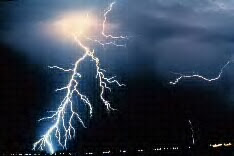 A motorcycle rider from the northeast part of Kansas was recently killed by lightning. The really unfortunate part of the story was that the person was taking part in a charity event. That's not fair at all.
Here's a link to a story about the incident. The story also has suggestions about safeguarding yourself in threatening weather.
http://www.examiner.com/x-4702-Motorcycle-Travel-Examiner~y2009m4d27-Lightning-strikes-and-kills-motorcyclist?cid=exrss-Motorcycle-Travel-Examiner 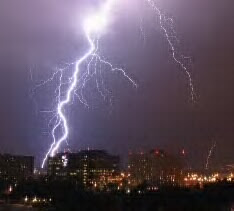 Until the last couple of weeks or so I have enjoyed riding to work everyday and have not really missed a day since February. We have had some rain storms but generally they have been at night. But more recently the storms have been in the daytime and have gotten more unpredictable. 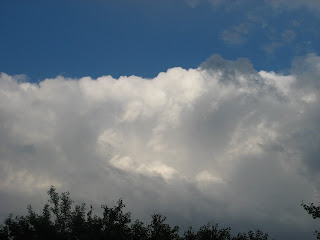 Take last Friday for instance. It began raining at 7:00 in the morning and there was lots of thunder and lightning. I considered my options. I could take the bus to work. I eventually decided to wait the storm out. (Remember REO Speedwagon's "Ridin' the Storm Out"?)
By 8:45 I was on my way. The sky cleared and it was beautiful. I checked the radar before I left and there were some more storms west of us but they were about 175 miles away and it would be many hours before they could get here. I thought I was good for the day to ride as I pleased.

I had a meeting to ride to over the lunch hour on the east side of town. As I was getting ready to suit up for the ride to the meeting, I looked outside and noticed that it had begun to rain again. I thought to myself, where did this storm come from? I pulled up the radar on the computer and sure enough, it looked like I was going to get wet, and there was a good chance of lightning and thunder as well. A situation I would rather avoid. But I really needed to be at that meeting.
(How about the Doors, "Riders on the Storm?)

At this time of year we get what we sometimes refer to as popcorn storms. They are not generally huge, but can produce hail, heavy rain, and lightning. We call them popcorn storms because they can look like popcorn, but also because they can pop up quickly, rain and thunder for awhile, then die out, only to be replaced by another storm someplace else.
These little popcorn storms were what I experienced last Friday. I actually rode home and had my wife take me to the meeting in the car. She then later picked me up. It turned out that I would have been fine to ride to the meeting except for a little rain. The remainder of the day was beautiful.

I guess I have always known it, but last Friday was a reminder that you cannot always outguess mother nature. And many times it really is not worth it to even try.
There is just enough daredevil in me to want to try and push the envelope a bit. There is another part of me that knows that other people in the world would like to see me remain in the world, and I decide that the risk is not worth it.
In summary, I guess because you cannot always predict the weather with certainty, I try and err somewhere more on the side of caution and safety.
There will always be other days to ride.
Others might make these decisions in a more daring manner. Some less daring.
No matter how you reach these decisions, I know you sure hate to miss a day of riding. 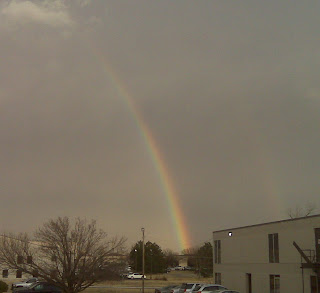 For this one, wished I had the other camera with me. Just grabbed it with my cell phone on the way home one night last fall. If you look close and imagine just a bit, you'll see that there are 2 rainbows.
Sent from my BlackBerry® smartphone with SprintSpeed
Posted by cpa3485 at 5:00 PM