How can you have the "First Annual" of anything. I mean really. I suppose you could say the "Second Annual" of something, and no problem thereafter. But First Annual?

Well we did it here this weekend, the First Annual Blacktop Nationals Car Truck and Motorcycle Show. Participants around the area brought in their vehicles to show off. There was also an auction and various vendors had booths to sell wares. Ford Motor Co was a major sponsor

There weren't a lot of motorcycles on display. Maybe they didn't get the message. But there were some interesting ones to look at. I'll do a separate post on the autos. 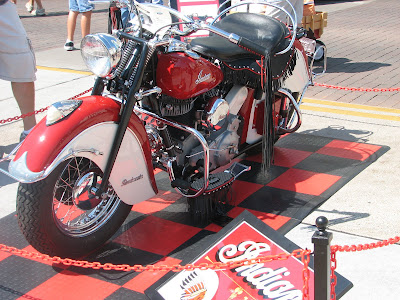 This old Indian motorcycle was probably the finest motorcycle on display, my opinion only. 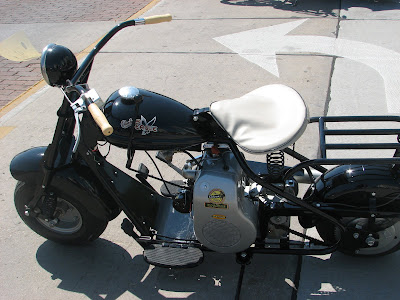 A 1964 Cushman Scooter in fine condition

There seemed to be more motorcycles parked near the display area rather than being displayed. Around here that means lots of Harleys. 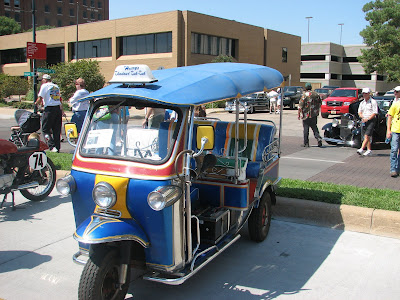 A definate non-Harley. A taxi from Thailand. 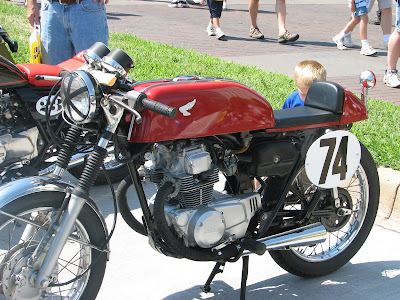 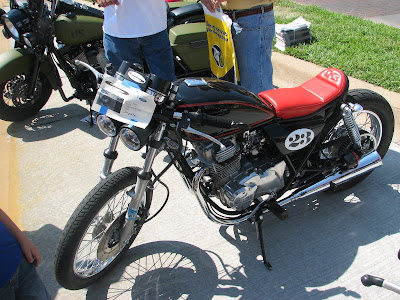 And another one.
At a separate location I found this Bonneville. Wasn't sure if it was actually on display, had no display card I could find. But it was sure nice. Was Conch here? 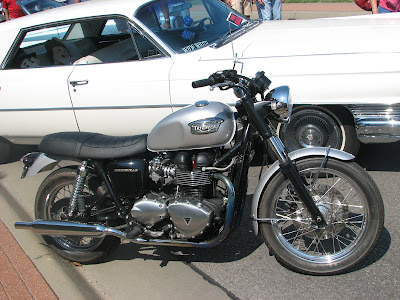 A Triumph Bonneville
We wandered over to the convention center parking lot. A couple of local area dealers had trailers set up. There is a huge Harley dealer her just north of town. 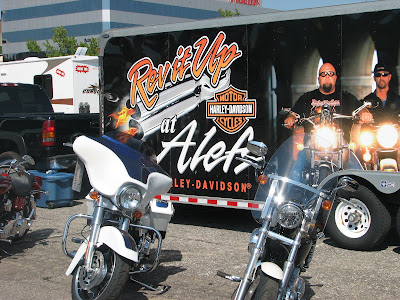 The Harley dealership trailer with a few bikes on display.
Just down the way a bit is another dealership trailer. This dealer sells a lot of brands. BMW, Honda, Yamaha, Ducati, Kawasaki and even some Kymco and Honda scooters. 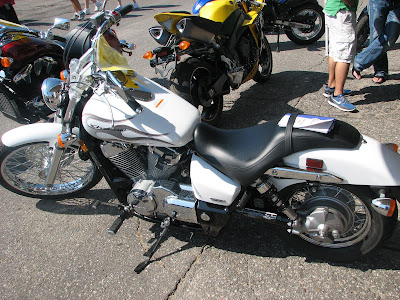 They had yellow tags on some of the bikes on display, indicating a special price for the event. 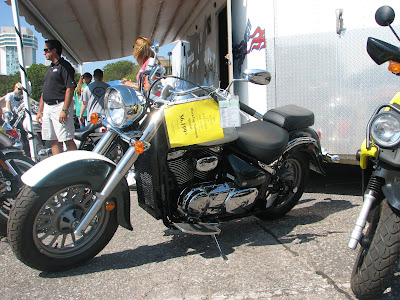 I wished that ther could have been more bikes to look at that day, even though it was fun to look at all the cars. This next bike is one I sort of have my eye on. I just like it, and it is sort of a developing dream to own one someday. I was sort of hoping the dealer would have one on display there at the show. I asked and they said they didn't have one at the show, but did have a couple in stock at the dealership. I may stop by and get a closer look someday. 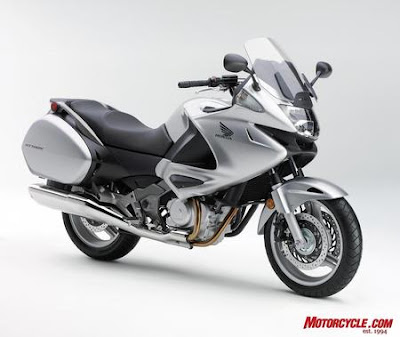